More than 4.9 million Melburnians are being sent back into lockdown as Victoria grapples with a resurgence of coronavirus cases.

The lockdown, a return to Stage 3 restrictions, was announced after Victoria recorded 191 new coronavirus infections on Tuesday, the state’s highest daily increase since the pandemic began.

There are a few differences from the first time around. Here’s what you can and can’t do under the new lockdown.

Which areas are being locked down?

The lockdown applies to metropolitan Melbourne and Mitchell Shire, north of the city.

Mitchell Shire, located around 30kms north of the city and near some of the already locked-down postcodes, has a population of around 36,000 people.

What are the new rules?

The return to Stage 3 restrictions means you can only leave your home for these four reasons:

You will not be able to travel to regional areas to go for a hike, with exercise only allowed within the metropolitan boundaries.

Gatherings are restricted to two people or the members of your household. You can also have two extra guests visit your house. A partner who lives in a lockdown zone can be one of those two guests.

Cafes, restaurants, clubs and bars will be back to takeaway and delivery services only.

Retail stores can stay open, subject to density, while markets can remain open for food and drink only.

Beauty and personal services will need to close again, as will entertainment and cultural venues, however hairdressers can remain open. Community sport will also be halted.

Funerals will be again restricted to 10 people, plus those conducting the funeral, while weddings will be back at five people: the couple, witnesses and celebrant.

Religious ceremonies will be back to broadcast-only.

People with holiday homes will not be able to relocate or travel to them.

Victorian Premier Daniel Andrews speaks to the media on Tuesday.

“This is I know further than where we went last time, but we’re in a more precarious, challenging and potentially tragic position now than we were some months ago,” Mr Andrews said when announcing the lockdown on Tuesday.

Mr Andrews said support for affected businesses and workers will be announced soon.

All Year 11 and Year 12 students in the affected areas will go back to school for Term 3 on Monday as planned, along with special schools.

For all other students in Prep to Year 10, they’ll get an extra week of holidays, while the government can get more advice from health experts.

Children of essential workers or people who can’t work from home will be able to attend supervised school holiday programs.

Why is this happening?

Victoria has recorded almost three weeks of new coronavirus cases in the double digits, including new daily records on Monday and Tuesday.

Two more people died from the virus since Sunday.

“These are unsustainably high numbers of cases,” he said. “This is binary. It is life and death.”

Mr Andrews said a sense of complacency had plagued Victoria in recent weeks.

How long will it last?

The lockdown will take effect at 11.59pm Wednesday and be in place for six weeks.

Mr Andrews said while the government could have chosen a shorter lockdown period, authorities opted, on the advice of health officials, for a longer one to be safe.

“The life cycle of this virus is about the 14-day period. The six weeks means we have three of those full cycles,” he said.

“If you are starting to see stability in low numbers, we’d have much greater confidence those are real numbers, rather than a false sense that the virus was not there anymore or at such low levels that a suppression strategy would be able to work.”

How will the lockdown be enforced?

The exact details are still being worked out, but the government has pledged to “put a ring” around the affected areas and employ random, “booze bus-type” stoppages.

“They will essentially support Victoria Police, as Victoria Police put in place roadblocks and other command centres to ensure that that hard boundary between metropolitan Melbourne and regional Victoria is not breached by people who should not be leaving,” he said. Mr Andrews said those flouting lockdown rules would be subject to ”significant penalties”.

“Victoria Police will be out there to make sure you’re not making selfish choices that put not only your own health at risk and the health of your family, but indeed the health of every single family at risk.”

Last month, it was revealed Victoria Police issued more than $10 million worth of coronavirus-related fines since the pandemic hit Australia’s shores in March – 10 times more than neighbouring NSW.

What does this mean for public housing tower tenants?

Not much yet. But the 3,000 residents in the towers on hard lockdown will be subject to the same rules as the rest of the city once testing has been completed.

That means the heavy police presence – which currently stands at a rough ratio of one officer per six residents – will subside.

“The strategy here is to complete the testing and then as soon as possible, once that testing is complete, to have those nine towers moved to the same footing that the rest of Melbourne will move to,” Mr Andrews said.

Will regional Victoria or the NSW border closure be affected?

No on both counts.

Coronavirus case numbers remain low in regional Victoria, so the state government says the current restrictions will remain the same “for now”.

The NSW-Victoria closure, which comes into effect at 11:59pm on Tuesday, will proceed as planned.

Residents in affected public housing towers who need access to support and assistance should call the Housing Call Centre on 1800 961 054. If you need a translator, first call 131 450. Both services are 24/7. More information can be found here.

News and information is available in 63 languages at sbs.com.au/coronavirus 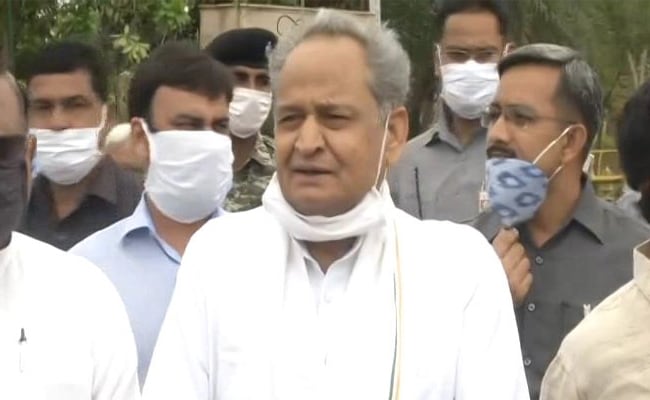