COLOMBO, Sri Lanka — The World Bank said it has signed an agreement with Sri Lanka to provide $80.5 million to help the island nation’s vaccination drive against COVID-19.

The funding comes as Sri Lanka is facing a severe shortage of vaccines because of the current crisis in neighboring India, which had earlier promised to give the vaccines to Sri Lanka.

Sri Lanka began it’s vaccination drive on Jan. 29 and in the first round, 925,242 people were vaccinated using Oxford-AstraZeneca shots.

At present, Sri Lanka’s health ministry has about 350,000 doses of Oxford-AstraZeneca and as a result, there is a shortage of 600,000 doses in order to complete administering second doses.

Sri Lanka is currently using 600,000 doses of Sinopharm vaccine and 15,000 of Sputnik V to give a first dose to others.

— UK jubilant as lockdown restrictions to be lifted next week

ROME — Italy has relaxed its COVID-19 quarantine requirement for visitors from the European Union, Israel and Britain in a bid to jump-start its pandemic-devastated tourism industry heading into the peak season.

Italy had imposed the five-day quarantine on EU travelers to deter visitors over the Easter holiday and to discourage Italians from taking advantage of a loophole that had made it easier to travel abroad than from Rome to Milan.

Speranza also announced expanded airport testing services for quarantine-free flights coming into Italy from Canada, Japan and the United Arab Emirates. Currently airports in Rome and Milan provide the rapid test services for some flights from the U.S.; the new ordinance expands the service to airports in Venice and Naples.

Constantinos Ioannou said Friday that a strict, two-week lockdown coupled with the country’s hastened vaccination pace has produced a noticeable drop in the COVID-19 infection rate as well as a decrease in the number of hospitalized patients.

Ioannou said the positive results have allowed the government to further loosen up remaining restrictions including shortening a nighttime curfew from six to five hours.

A vaccination certificate, a negative test taken in the previous 72 hours or proof of convalescence from COVID-19 are still required to enter indoor areas where people gather in numbers including shopping malls, theaters and cinemas.

The loosening of restrictions comes into effect May 17.

ISLAMABAD — Authorities in Pakistan have reported 48 single-day deaths and about 2,500 new cases, one of the lowest levels of fatalities and infections from COVID-19 in the past two months.

It indicated Pakistan might have witnessed a peak, but experts say it was too early to tell.

Pakistan is currently in the middle of the another surge of coronavirus infections which authorities say is more dangerous as compared to the previous ones.

The National Command and Control Center, which oversees Pakistan’s response to COVID-19, has however urged people to continue adhering to social distancing rules.

The latest development comes days about 10 days after Pakistan imposed a two-week long nationwide lockdown ahead of Eil al-Fitr that was celebrated Thursday amid the pandemic. Pakistan has reported 19,384 deaths and 873,220 coronavirus cases since last year.

Prime Minister Narendra Modi urged people living in rural areas, village councils and state governments to come together to meet the challenge. Modi said the army, navy and the air force have joined the fight against the pandemic in the country.

“We have lost a lot of near ones. I am feeling the pain people are suffering,” Modi said in Friday a speech at a farmers’ convention.

Meanwhile, India’s Health Ministry on Friday reported reported 343,144 new cases in the past 24 hours, a slight decline from the day before. Another 4,000 people died in the past 24 hours, raising total fatalities to 262,317 since the pandemic began. All of the figures are almost certainly a vast undercount, experts say.

BERLIN — Germany’s foreign minister says his compatriots can expect to go ahead with summer vacation travel this year, but there won’t be a repeat of last year’s concerted effort to bring holidaymakers home if coronavirus infections spike in some countries.

Germany is beginning to take steps toward a more normal life as its vaccination campaign advances and the latest wave of infections abates. On Friday, the nationwide infection rate dropped below 100 weekly new cases per 100,000 residents for the first time since March 20.

Foreign Minister Heiko Maas told the Funke newspaper group in comments published Friday he believes “that we will be living in ‘more normal’ conditions in the summer, and that includes summer vacations.”

He added that “of course the aim is to make travel possible, but the pandemic sets the limits.” He pointed to the situation in India and South America.

Maas said there won’t be a re-run of the repatriation flights arranged by his ministry in the first phase of the pandemic if something does go wrong somewhere. He said that “if the pandemic situation were to worsen in certain countries, that can’t surprise anyone any more today, in 2021, in contrast with last year.”

TAIPEI, Taiwan — Taiwan reported 29 new domestically transmitted cases of COVID-19 Friday. Of the cases reported, seven cases were of an unknown source. The rest of the cases were linked to clusters discovered earlier in the week.

Health officials are setting up four rapid testing locations in Taipei for those who want to get tested, Taiwan’s Health Minister Chen Shih-chung said at a daily press briefing.

The latest outbreak comes after pilots with the island’s China Airlines tested positive for COVID-19. Health officials said Wednesday that many of the cases reported so far had the exact same viral strain as as the infected cases in the pilots cluster.

SINGAPORE — Singapore has further tightened social-distancing restrictions, banning dining in at restaurants and limiting public gatherings to two people as it seeks to control a growing number of untraceable coronavirus infections in the city.

From Sunday until June 13, gatherings and household visitors will be limited to two people, and restaurants and eateries can only provide delivery or takeout services. Companies will have to make working from home the default for employees who are able to do so.

“A pattern of local unlinked community cases has emerged and is persisting,” Singapore’s Ministry of Health said in a statement Friday.

“This is worrying as it suggests that there may be unknown cases in the community with possible ongoing community transmission and that our earlier and ongoing measures to break the chains of transmissions may be insufficient.”

Unlinked coronavirus infections have risen to 15 in the last week, more than double the week before.

The number of new cases have also risen to 71 in the last week, from 48 the week before.

The tightening of restrictions in Singapore comes as it is slated to launch a long-delayed air travel bubble with Hong Kong on May 26, which would allow tourists from both cities to visit without having to quarantine. It is not clear if the air travel bubble will still go ahead as planned.

Singapore has reported a total of 61,453 cases since the pandemic started, with 31 deaths.

BEIJING — Authorities have ordered mass virus testing for residents in two cities in the central province of Anhui, where the first new cases of local transmission in days have been detected.

It was not immediately clear how many people will be tested but the number is likely to be in tens or hundreds of thousands in the provincial capital Hefei alone.

Quick, inexpensive testing kits have made testing in China exceptionally convenient, with results generally available on the spot within minutes.

China says it has all-but eliminated domestic transmission of the virus.

The new cases reported bring China’s total number of cases to 90,815 with 4,636 deaths since the virus was detected in the central Chinese city of Wuhan in late 2019.

MANILA, Philippines — The Philippine president has eased a coronavirus lockdown in the bustling capital and adjacent provinces to fight economic recession and hunger but still barred public gatherings this month, when many Roman Catholic summer religious festivals are held.

After an alarming surge in infections that started in March started to ease, President Rodrigo Duterte announced in televised remarks Thursday night that Metropolitan Manila and four nearby provinces, a region of more than 25 million people, would be placed under a so-called “general community quarantine,” which allows essential businesses and tourist destinations to expand operations, in the last half of the month. But he said religious fiestas in Asia’s largest Roman Catholic nation would remain prohibited.

“Forgo to congregate, to crowd and to hold,” Duterte said, warning village officials he would hold them responsible if quarantine restrictions were breached. “You go out, you just go hunting for the virus to enter your body and pass it on and that is a problem.”

Confirmed COVID-19 infections started to spike in March to some of the worst levels in Asia, surging beyond 10,000 daily and prompting Duterte to impose a lockdown in the capital and nearby regions in April. The Philippines has reported more than 1,120,000 infections with 18,821 deaths, the second highest totals in Southeast Asia.

SALEM, Oregon — Oregon Gov. Kate Brown has announced that the state will immediately follow guidance from the federal Centers for Disease Control and Prevention which ease indoor mask-wearing and social distancing for fully vaccinated people.

Brown said in a video statement Thursday that the new CDC guidance means Oregonians who are fully-vaccinated no longer need to wear masks or social distance in most public spaces.

She also said the guidance makes clear that vaccines are the fastest way to get back to doing the things “we all love” and returning to a sense of normalcy. Mask requirements also will remain in place in Oregon schools this school year, Brown added.

The Oregon Health Authority in coming days will provide updated guidance for businesses, employers and others to allow the option of lifting mask requirements and physical distancing after verifying vaccinations status.

RENO, Nevada — Nevada is adopting the new mask-wearing guidance the Centers for Disease Control and Prevention announced Thursday for fully vaccinated people. It allows them to stop wearing masks outdoors in crowds and in most indoor settings.

The updated guidance is effective immediately in Nevada under a directive Gov. Steve Sisolak signed on May 3. It aligned the state’s mask usage with the CDC recommendations, including any subsequent guidance the center issues.

Nevada also started making COVID-19 shots available to children as young as 12 years old for the first time on Thursday after federal health advisers endorsed use of Pfizer’s vaccine in kids.

LOS ANGELES — Counties in California are waiting for guidance from the state after the federal government on Thursday said that fully vaccinated people can quit face coverings and social distancing in most situations.

California’s Department of Public Health did not immediately respond to questions about whether it would adopt new guidance announced by the Centers for Disease Control and Prevention. It’s unclear what Gov. Gavin Newsom plans to do and when.

The state is on track to reopen its economy broadly next month, signaling an end to most pandemic restrictions. San Francisco and Riverside are among counties saying they expect updated guidance from the state. 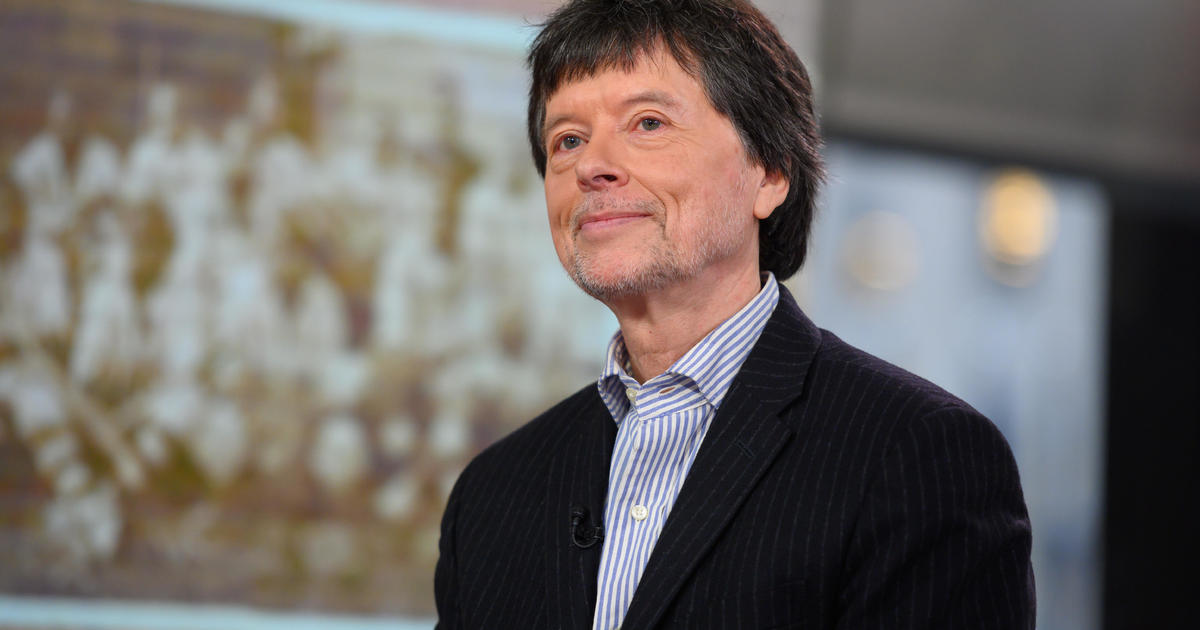 Free bus pass: How to check when you can apply as the DWP plans to raise qualifying age