The 18-month suspension is behind Christian Coleman. He’s set on quickly returning to where he left off: Being the world’s top sprinter.

This weekend’s Prefontaine Classic will be a big first step in what could be a prosperous run in Eugene, Oregon, for the 100-meter world champion.

Next month, the U.S. championships will be held at the same site, Hayward Field. In July, he will defend his title during the world outdoor championships in Eugene, which will mark the first time track and field’s biggest event — outside of the Olympics — will be held in the United States.

Coleman is getting up to speed after his suspension for missing three drug tests in a 12-month span kept him out of the Tokyo Games last summer. He will encounter a loaded field Saturday that consists of familiar names (Andre De Grasse, Fred Kerley, Noah Lyles, Trayvon Bromell, Kenny Bednarek), along with some relatively new faces (Erriyon Knighton). Missing, though, will be Olympic champion Marcell Jacobs, who withdrew due to an ailment.

“The people in the sport know who I am and what I’m doing and what my talent level is,” Coleman said. “I’ve just got to go out there and just be myself. Just have fun, really. Just compete.”

Coleman never tested positive but drew a suspension for breaking antidoping rules with three “whereabout failures” in a one-year period. His last violation was months after his win at the 2019 world championships in Doha, Qatar. He took the title in 9.76 seconds, which remains tied with Bromell for the fastest time since 2015.

Back on the racing circuit — his suspension ended in November — the 26-year-old Coleman’s rhythm has quickly returned. He finished runner-up to Jacobs in the 60 meters at the world indoor championships in March in Serbia.

Coleman will have his work cut out for him on the track at renovated Hayward Field. There’s Kerley, who won Olympic silver in Tokyo, and De Grasse, the Olympic bronze winner in the 100 and champion in the 200. There’s also Knighton, who at 18 is breaking Jamaican sensation Usain Bolt’s under-20 marks, and Lyles, the reigning world champion at 200 meters.

Among the field for the women’s 100 will be Elaine Thompson-Herah, who defended her 100 and 200 titles at the Tokyo Games. The Jamaican standout will be facing a field that includes Sha’Carri Richardson, the American sprinter who tested positive for marijuana after winning the 100 at the Olympics trials last summer. She received a 30-day suspension that kept her out of the event in Tokyo.

Richardson competed at the Pre Classic in August and finished last in a race won by Thompson-Herah.

Forgive high school senior Colin Sahlman if he’s a little bit in awe when he lines up for the Bowerman Mile. Joining him at the starting line will be Tokyo Olympics 1,500-meter gold medalist Jakob Ingebrigtsen and reigning world champion Timothy Cheruiyot of Kenya.

RELATED:  There are too many missing pieces in the wedge between MLB and its players

“I saw the start list and I just could not believe my eyes,” said Sahlman, the Gatorade national boys cross country runner of the year who is slated to attend Northern Arizona. “It’s just a super-stacked lineup.”

“To have this opportunity to run at Prefontaine where (Webb) broke that record, it’s pretty much surreal to me,” said Sahlman, who is from California.

For the first time since 2017, the women’s 100 hurdles takes the stage at Prefontaine. That seems like a lifetime ago for world champion Nia Ali.

Two lifetimes ago, in fact.

Ali and partner De Grasse welcomed their son, Kenzo, last May. They also have a 3-year-old daughter, Yuri. Ali has an older son, Titus, who recently turned 7.

Yuri and Titus came down from the stands to share a victory lap with mom at the world championships in ‘19.

Training has been going well for Ali even through play time.

The Pre meet features plenty of star power and athletes chasing world records. Mondo Duplantis could break his mark in the pole vault and Ryan Crouser may top his in the shot put.

The field for the women’s two-mile race includes Sifan Hassan, who captured gold in the 5,000 and 10,000 at the Tokyo Games last summer, along with bronze in the 1,500. Francine Niyonsaba of Burundi also is set to run. Caster Semenya was initially in the field but withdrew. 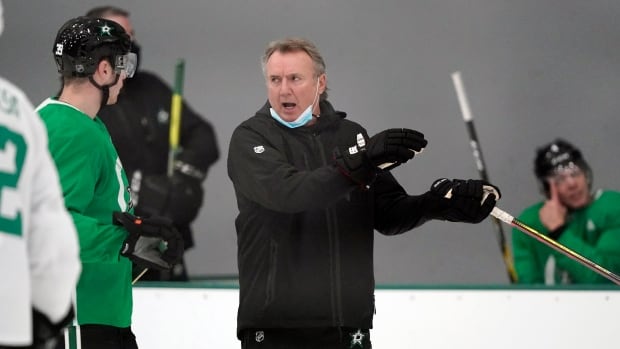 NHL draft prospect understands pressure-packed situations in the crease, off the ice 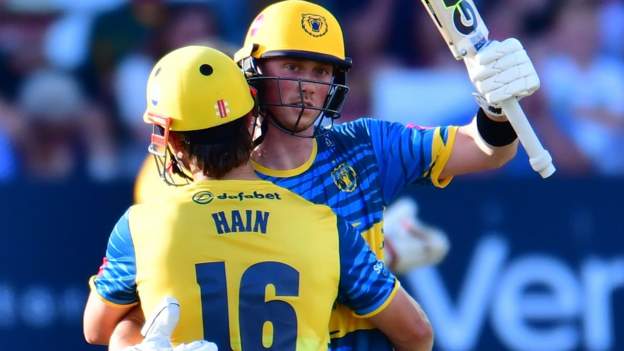